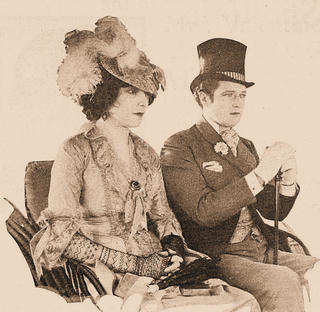 This movie was released on November 23, 1925. East Lynne was a silent movie that had been filmed shortly before the big 1925 Santa Barbara earthquake in June, 1925. The Fox Film Corporation filmed scenes at one of the million-dollar mansions in Montecito, California.

The novel East Lynne, dating to the 1860s, has been performed on stage, on radio, on television, and on the silver screen countless times. Obviously, the general public never tired of watching rich people behaving badly, and then getting their well-deserved comeuppance in the end. Previous versions of the film had been made in 1913, 1916, and 1921.

(There are no known copies of this film.)