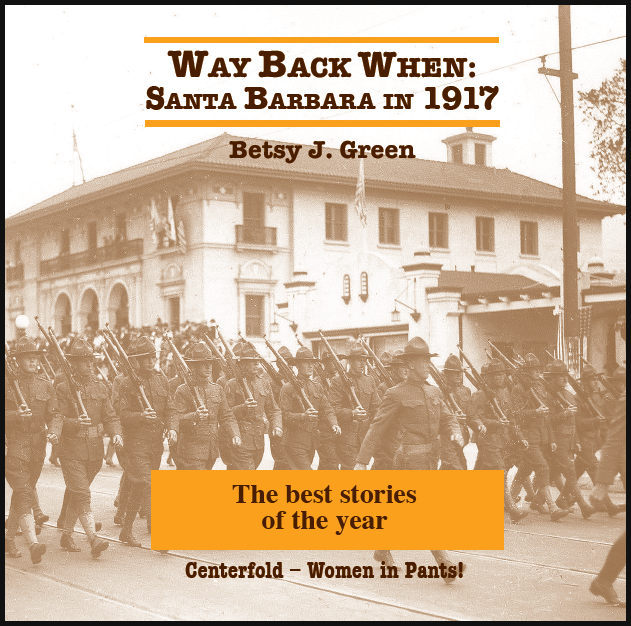 The fourth book in the series of fun and interesting news in Santa Barbara 100 years ago.

1917 was the year: A “scissors artist” showed his stuff, a pet monkey terrorized De la Vina Street, the city gained an alligator, the Central Library opened, Monarchs were discovered on the Mesa, women put on pants for the first time, two earthquakes shook things up, “Flying A” celebrated an anniversary, Lutah Maria Riggs won a scholarship, and the young men of Santa Barbara marched off to war. And much, much more.