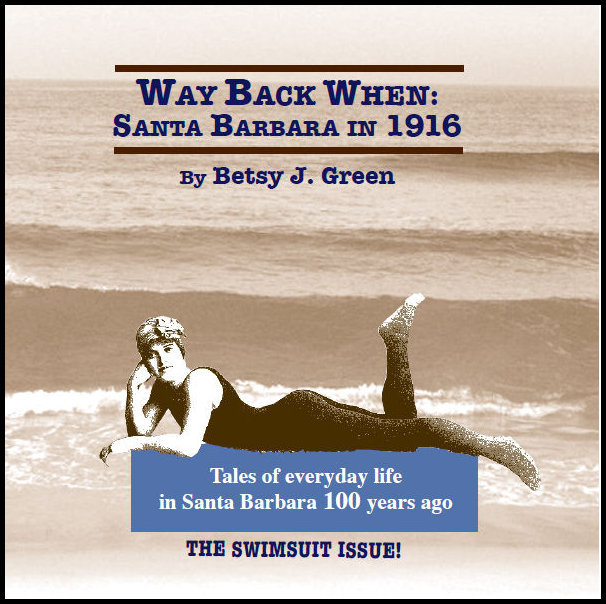 The third in the series of history & humor books about Santa Barbara's history -- one year at a time.

1916 was the year: The Lockheeds set up their seaplane business on the beach, and young ladies’ swimsuits caused a scandal. A “Flying A” stuntman drove a car over an abyss, and a new speed record was set on San Marcos Pass. There was a major crime cover-up at the Potter Hotel. A “human fly” climbed a clock tower on State Street. Mysterious whangdoodles sailed through the air. And much, much more.

Click here to buy this book from the friendly folks at Amazon.com!