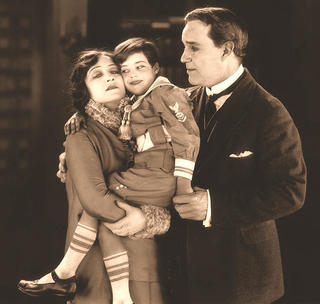 This silent movie was released on November 2, 1919. It takes place in a mansion on the East Coast, but the movie was actually filmed by Hollywood's Goldwyn studio in one of the million-dollar mansions in Montecito, California.

(There are no known copies of this film.)