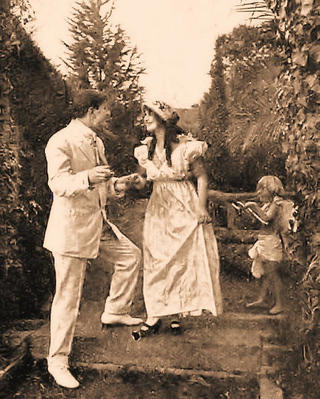 The Miracle of Life

This 1915 silent film was an unusual "Flying A" movie about abortion. Some scenes were filmed at a million-dollar mansion in Montecito, California. A young married woman is unhappy to discover that she is pregnant. She is reluctant to give up her present lifestyle, and so obtains a medication to induce a miscarriage.

But before she can drink the medication, she falls asleep and dreams of herself as an unhappy old woman who regrets not having children. When she wakes, she has a change of heart and pours the medication into the garden on a plant that shrivels up. She then tells her husband that they are going to be parents, and this becomes another movie with a happy ending.

This film paved the way for a similar movie called Where Are My Children? made by another silent movie company in 1916.