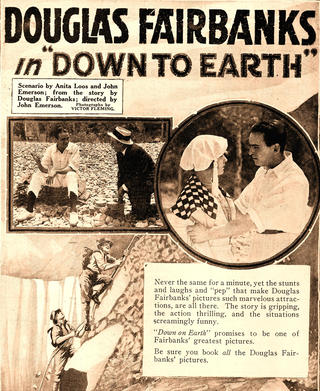 This Douglas Fairbanks film was released on August 16, 1917. It was one of 18 movies that were filmed on California's Channel Islands this year. Many of the scenes of this movie were filmed on Santa Catalina Island.

An athletic young man has a girlfriend who has checked herself into a sanitarium full of hypochondriacs. He believes their problems are all in their heads, so he takes them on a boat ride and then pretends that the boat is stranded on a desert island.

*Good news! This romcom is available for viewing on Youtube.