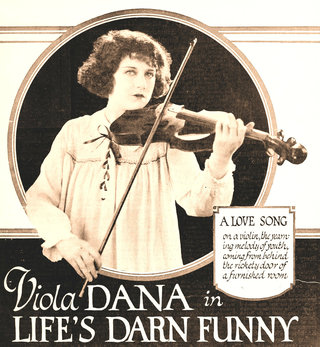 This six-reel comedy was released on August 1, 1921. Some scenes were filmed on California's Santa Catalina Island. A female violinist decides to ditch the violin and form a partnership with a young man who is a struggling dress designer. Complications follow as their relationship develops and they struggle to make ends meet. Finally, their business is a success, and the movie comes to a happy end.