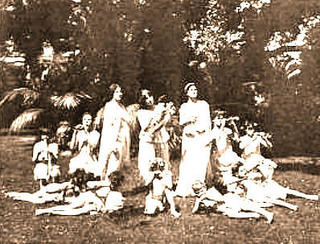 This controversial movie was released on July 23, 1916. It was filmed in several millionaire-estates in Montecito, a suburb of Santa Barbara, California.

One reviewer warned theaters: "Let it be said at the start, that Miss Munson appears several times in the picture unhampered by garments of any sort whatsoever, and there is scene upon scene in which she walks about thinly and diaphanously clad . . . however beautiful and non-salacious such scenes run, their chief spectators will be curiosity seekers." – Motion Picture News, August 5, 1916

*Copies of this film do exist.