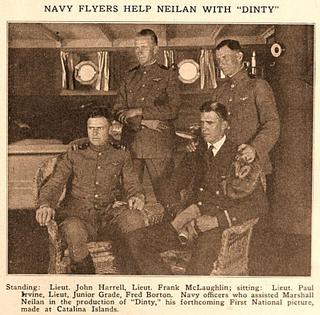 On November 21, 1920, the film Dinty was released. Some scenes involving airplanes were filmed on California's Santa Catalina Island. Dinty is a freckle-faced newsboy whose fight to care for his ailing mother leads him into conflicts with the other boys on the street and then with drug smugglers in Chinatown.