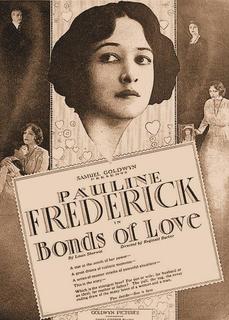 On November 2, 1919, the movie Bonds of Love was released. Some scenes were filmed on California's Catalina Island.

This one sounds like a real tearjerker. A young woman is in love with a young man (guy #1), but her parents force her to marry another man (guy #2). However, she has a secret affair with guy #1. Then she has a baby and dies. Guy #2 remarries. Wife #2 discovers that wife #1 had the affair. (Perhaps there is a question about who the child's father is?)

Anyway, wife #2 keeps the secret to herself because she loves her stepchild. Eventually guy #2 discovers his first wife's infidelity and appreciates his second wife better. (There are no known copies of this film.)