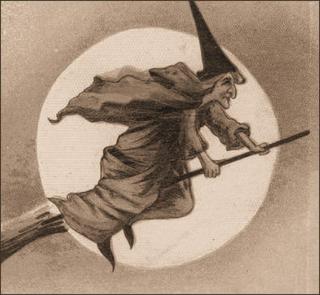 The streets in Santa Barbara, California were devoid of little demons and witches on Halloween in 1918 while the so-called Spanish Flu floated around the city.

The local paper wrote, "Flu puts quietus on even decorous revelry in celebration of Halloween. The Board of Health has issued orders forbidding ghosts to walk or congregate on Halloween this year, owing to the prevalence of the Spanish influenza. In past years, Halloween, the night on which ghosts are both unusually active and unusually propitious, has been celebrated in many and various ways, by small boys, and older ones, too, who on mischief bent, prowled the streets until a late hour, and older folk who made the night merry with dancing and parties. But on Halloween this year, there will be none of the usual gayety, for all are united in the effort to check the spread of the dread disease."