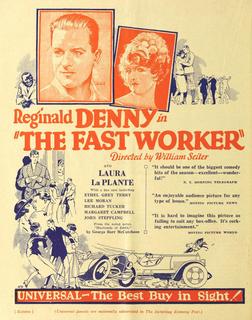 Universal's seven-reel comedy The Fast Worker was released on October 26 in 1924. Parts of the movie were filmed on California's Santa Catalina Island.

Here's a quick synopsis: "He met her on the train. He started to make love to her in the hotel, he proposed to her in the woods, he kissed her in the auto, he eloped with her on the steamer. Oh boy, he was The Fast Worker." - Northern Neck News (Warsaw, Virginia), July 31, 1925