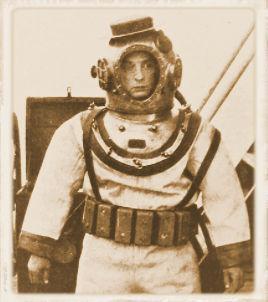 On October 13, 1924, Buster Keaton's film The Navigator was released. Scenes from the movie were filmed on California's Santa Catalina Island.

When the film was shown in the theater there in the fall, the local paper, The Catalina Islander, wrote, "When the comedy was being filmed last spring under the direction of Buster Keaton, many interesting stories were told of incidents which happened. If the picture is as comical as some of the tales . . .  it certainly will be a 'scream.'"