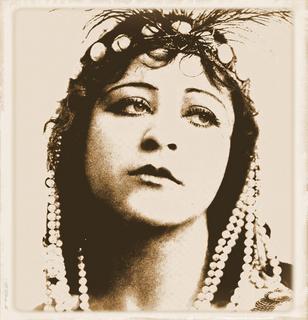 Sultry Charlotte Burton starred in The Highest Bid, which was filmed in one of the mansions in Montecito in 1916. One reviewer wrote, "The Highest Bid is based on a story of love and high finance, the scenes of which stretch all the way from Wall Street to the Sierras." – Motion Picture News [New York, New York], July 8, 1916

She plays a young woman who lacks marketable skills, and is shopping around for a rich husband. [Spoiler alert – she actually finds two.]