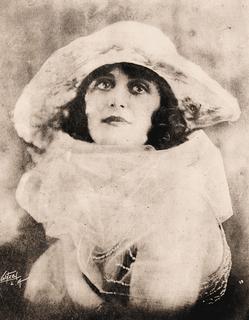 Mollie of the Follies

This was one of two movies released by Santa Barbara's "Flying A" movie studio in February 1919. Mollie Malone is a dancer at a Coney Island carnival. She's in love with a guy and he loves her. But due to a case of mutual misunderstandings (where would movies be without misunderstandings?), they have a falling out and she leaves the carnival to marry another guy who she just met.

A series of mishaps happen (where would movies be without mishaps?), and they don't really get married, which is a good thing – his name is Chauncey. Really! Chauncey? In fact, Mollie ends up marrying the first guy, they open a delicatessen, and live happily ever after. Hold the mayo.

The Baltimore Sun described Mollie of the Follies as "a play of ginger and pep replete with novel thrills."