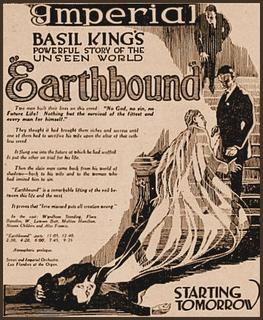 Montecito, California subbed for numerous locations around the world in the dozens of silent movies that were filmed there. In the 1920 movie "Earthbound," this community represented a location not of this world. After World War I, there was an increased interest in spiritualism resulting from the millions of deaths caused by the war and the influenza pandemic.