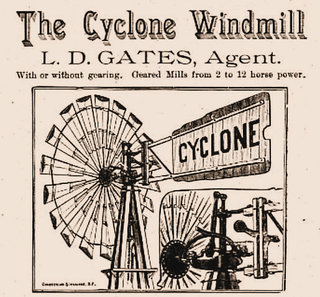 People have stood on the Mesa and looked at the ocean for thousands of years. The Chumash, and later the Spanish, used the Mesa as a vantage point, and older maps of the Mesa show the name La Vigía — the lookout — on the Mesa hills. But although the Mesa has plenty of water views, it has no source of year-round fresh water on the surface.

When the Williams family moved into the Mesa lighthouse in 1856, the mother of the family had to "saddle the old horse, take the baby in her arms and followed by the two little girls, go a mile to a spring, and bring home cans of water slung to the saddle," according to her son. The spring was probably near Veronica Springs Road.

In later decades, Mesa farmers and ranchers dug wells, but this was difficult and expensive. In 1875, for example, the well for the Dibblee mansion (where Santa Barbara City College is today) went down 930 feet before it hit fresh water. And in the decades before electricity, you needed a windmill to pump up the water. Lack of water was probably one of the main reasons why the Mesa remained a sparsely populated area. That changed in May of 1921 — a watershed year, if you'll pardon the pun. (This post will be continued next Monday.)

The photo above is an ad from the 1888 Santa Barbara business directory.