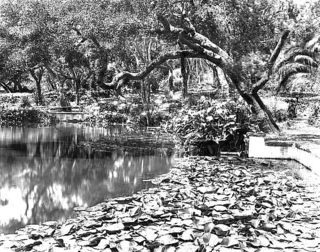 WAY BACK WHEN WEDNESDAY - 100 years ago this week in Santa Barbara, the Nature Study Club Had a dream outing touring one of the big estates in Montecito – "El Mirador," owned by Lolita Armour. "The place is being converted into a veritable paradise. There are exceptional viewpoints, and a trip through the canyon was most interesting."
While doing research about silent movies filmed in Montecito, I recently discovered that "El Mirador" had served as the location for some of the scenes of the "Flying A" movie titled "The Envoy Extraordinary" that was released in 1914. The film was supposed to take place in Europe. (Image: Library of Congress)