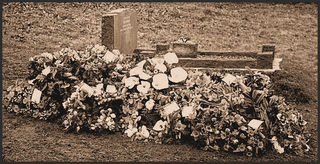 WAY BACK WHEN WEDNESDAY - 100 years ago this week, Santa Barbara had one of the largest Memorial Day Parades it had ever had. The Great War was over, and the soldiers (most of them) were home again. The oldest veterans headed the parade. The local paper wrote, "Noble old veterans of the Civil War rode down State Street … The 'Old Boys in Blue' occupied [automobiles]. Their sturdy faces still hold suggestion of the days of old, when, in their youth, like these striplings in khaki, they went forth to battle for their native land and the Union."

Next came the veterans of the war in Europe. "They stepped with the exactness of machines, erect, quick, eager, and none who looked on from the sidewalk but felt the surging of pride for the youngsters who whipped the trained armies of the Kaiser."

There were also ceremonies at the Santa Barbara Cemetery for those who would never return. And out in the harbor, flowers were thrown onto the water from boats. "The pretty ceremony could be witnessed by the thousands from the beach. A volley was fired by the Sixth Division in concluding the services." (Image: Wikimedia) 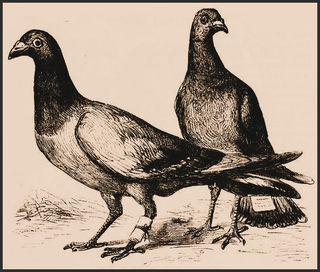 WAY BACK WHEN WEDNESDAY - 100 years ago this week, mail was being delivered to the Channel Islands from Santa Barbara, not by air mail, but by pigeon mail. "Carrier pigeons as a means of communication between the Channel Islands and the mainland will soon become common, as large numbers of birds are now being trained for that purpose. At present, the only means of communication is by boat … Captain Ira Eaton has a flock of 40 or 50 pigeons at his camp on Santa Cruz Island … It is expected that they will make the 30-mile trip across the Channel easily within half an hour." There was no phone or telegraph service to the northern Channel Islands yet.
Pigeons delivering mail to and from the Channel Islands had been used off and on from the 1800s through the 1940s, according to Islapedia.com. Pigeon mail is also covered in the July chapter of "Way Back When: Santa Barbara in 1915." (Image: New York Public Library) 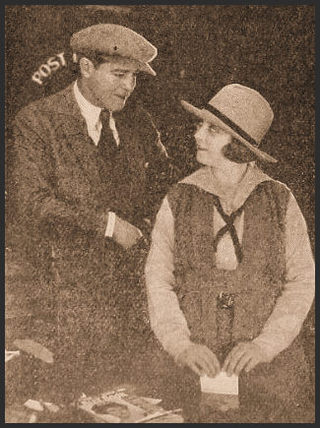 WAY BACK WHEN WEDNESDAY - 100 years ago this week, the "Flying A" film studio in Santa Barbara released a movie titled "Some Liar." Handsome hunk Bill Russell plays a fast-talking happy-go-lucky salesman who sells coffins. Huh? Well, if a movie studio were looking for a story that hadn't been done a million times before, this might have some appeal in the novelty department. Russell's main sales gimmick seems to be telling tall tales.

Of course, a young lady is involved, and the bigger the lies he tells, the more she likes him. Go figure! He gets tangled up in some of his fabrications, but somehow manages to manufacture a genuine romance.

"The plot in this production is improbable enough from any angle you want to consider it, but that does not keep it from supplying the structure for a first-rate comedy entertainment working up to some situations which may properly be termed novel." – "The Film Daily," May 11, 1919 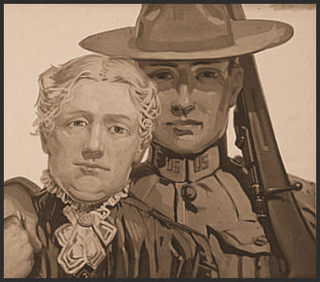 WAY BACK WHEN WEDNESDAY - 100 years ago this week, the local paper in Santa Barbara ran this headline: "Write to Your Mother!" May is the month for Mother's Day, and this year the paper reminded its readers that all mothers of soldiers had made a sacrifice. Some made the ultimate sacrifice. In Santa Barbara County nearly 70 mothers would not see their sons grow old. It was time to thank mothers for their contribution to winning the war.

"At all army camps and posts, and aboard all ships of the navy and transports, the war and navy departments have instructed officers and men, that it is the wish of the government that the mothers of the country receive recognition of the great part they have played in the winning of the war. All commanding officers will bring to the attention of every officer and soldier, the desire of the Secretary of War that each officer and soldier write a letter home on Mother's Day … in recognition of the wonderful part the mothers of America played in making the world safe for democracy." (Image: Library of Congress) 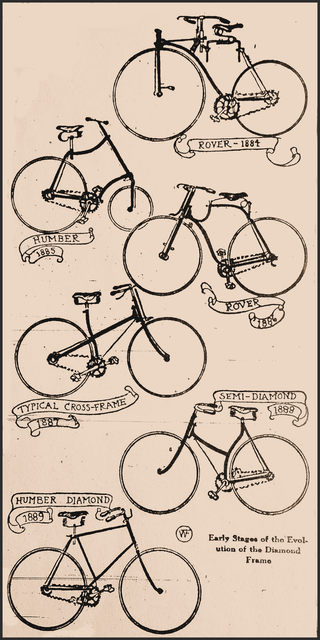 WAY BACK WHEN WEDNESDAY - 100 years ago this week, Santa Barbara held its first Bicycle Week. It started with Bicycle Day a couple of years ago. I covered that in the November chapter of Way Back When: Santa Barbara in 1917. This month, we celebrated the first Bicycle Week. There wasn't much news about cycling activities, but there was a cool set of drawings about the evolution of the bicycle in the 1880s – from the "boneshaker" that had one large wheel to the "safety" bicycles that had same-sized wheels. (Image: Santa Barbara Daily News & Independent, May 7, 1919)