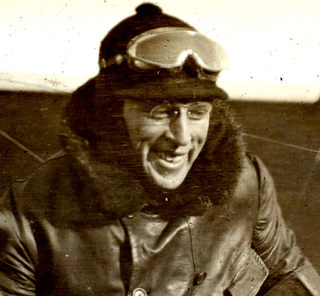 Image: Wikimedia
WAY BACK WHEN: 100 YEARS AGO TODAY IN SANTA BARBARA: On April 17, 1918, the local paper ran an article about the “old glove campaign.” The U.S. Government did not have enough warm jackets for pilots who flew in the open cockpits of war planes. There was now in Santa Barbara, a group of women collecting used leather gloves. “Gloves, thus collected, will be properly trimmed, sewed together, and used as interlinings for windproof jackets for aviators.” (I hope they cut the fingers off the gloves first.)  Read More
Be the first to comment 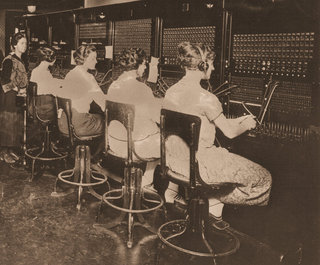 Image: telcomhistory.org
A dance was held in the Elks’ Hall on April 13, 1918 by one of the newest associations in the city -- the Girl Telephone Operators Association. There were 40, mostly young, women in this group who worked the telephone switchboards. This was probably the most technical job available for women a century ago. These women often stayed at their posts during emergencies such as floods, fires, and earthquakes. Read More
Be the first to comment 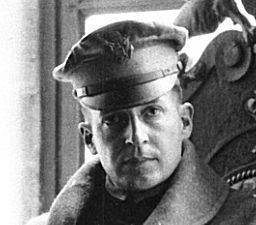 WAY BACK WHEN - 100 YEARS AGO TODAY IN SANTA BARBARA: On April 3, 1918, the local paper ran a photo of Col. Douglas MacArthur, and mentioned that he had had been awarded the Croix de Guerre for unusual gallantry in action. His mother was in Santa Barbara at this time, visiting her daughter-in-law Mrs. Arthur MacArthur who lived at 180 E. Arrellaga. Image: Wikimedia Read More
Be the first to comment
Loading…}