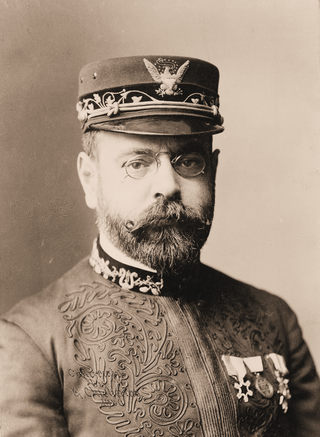 Celebrities have always been drawn to our city on the Channel, and world-famous bandleader Sousa was here in November 1919 with his band for a concert at the Potter Hotel (also known as the Belvedere Hotel.)

Sousa had led a marine band during World War I, and had been honorably discharged. No doubt, Sousa regaled his audience here with rousing renditions of his songs such as The Stars and Stripes Forever and the Marines' theme song. (Image: Library of Congress)