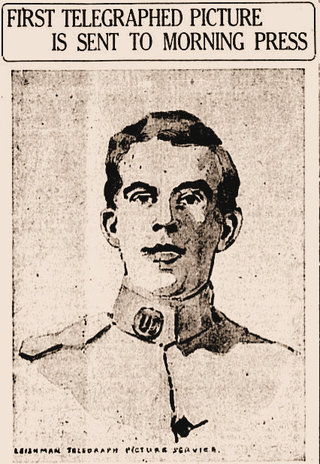 On the Cutting Edge of Technology
In September 1919, the Santa Barbara paper printed its first photo that was transmitted by telegraph. (Don't ask me how it works. I read the explanation and I still don't understand it.) But, they did it. Who had the honor of being the subject of the first photo sent by wire? George Washington? President Woodrow Wilson? World War I hero General Jack Pershing? Nope.
It was a guy who wore an army uniform and was traveling around the West cashing bogus checks. There was no mention of him in future articles, so BOLO [that's cop code for "be on the lookout."] He might still be out there passing bad checks. (Image: Santa Barbara Morning Press, September 25, 1919)