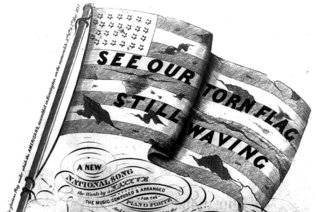 Who did it? That was the question here. Image: Wikimedia

WAY BACK WHEN: 100 YEARS AGO TODAY – On September 24, 1918, the city of Santa Barbara was in an uproar. The local paper called it, "The Handiwork of a Fiend … Flag is Torn and Tied into Knots … An American flag has been perversely and fiendishly desecrated … The flag was flying on the roof of the Veronica Water bottling plant on Montecito Street Saturday night … The flag, in its mutilated condition, was discovered this morning and hauled down … the pole was on the roof of a two-story building, and it must have caused the flag's enemy considerable difficulty to reach it." 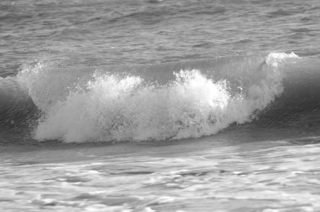 WAY BACK WHEN: 100 YEARS AGO TODAY – On September 14, 1918, Santa Barbara was recovering from an unseasonable storm. The local paper reported, "The storm has been threatening several days, and broke in a fury of wind, strong from the southeast late Thursday night. This morning, the seafront is strewn with wreckage." A yacht and a fishing boat were driven onto the beach. "A score of small skiffs were driven ashore and pounded to pieces … last night, hundreds of citizens gathering along the [Cabrillo] boulevard to watch the swells pounding against the sea wall, or break far out from shore, throwing tons of white spray high in the air."

WAY BACK WHEN: 100 YEARS AGO TODAY – On September 7, 1918, the local paper reported on a "first" on the streets of Santa Barbara. If she could drive halfway across the country without a male companion (Gosh, oh golly!), she could certainly drive a taxi around Santa Barbara.
The local paper marveled, "Just a year ago today, Santa Barbara acquired a resident such as few California cities can boast of – a woman taxi driver … Bess Laskey, transcontinental motorist, [was] tire changer, and general mechanic for the party of three which consisted of herself, a college chum, and … Laskey's daughter of seven years. Throughout the trip, the party camped out as two pioneer women would."

Even before they got the right to vote, too!