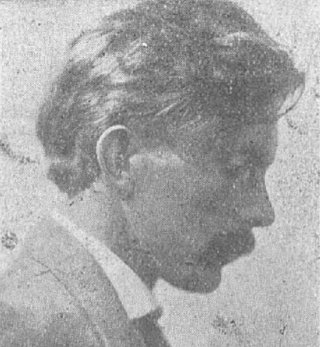 WAY BACK WHEN - 100 Years Ago Today - On August 16, 1918, the local paper noted that the artist Carl Oscar Borg had obtained a marriage license in Los Angeles. In January of 1918, Swedish-American artist Borg began to build his home on the Mesa. Now in August, the home was ready to receive his new bride – Madeline Carriel of Los Angeles.
"Between 1918 and 1924, the Borgs lived in Santa Barbara at the center of a circle which radiated out from Alexander Harmer and the bearded patriarchal Thomas Moran, the good gray painter of Santa Barbara, and included other Santa Barbaran artists such as Fernand Lungren, a Thomas Eakins-trained painter of Southwest subjects, the cowboy artist Ed Borein, Borg's next-door neighbor Albert Falvy, a like-minded antique collector and Indian aficionado, and other assorted intelligentsia." – Material Dreams, Southern California Through the 1920s by Kevin Starr, Oxford University Press, 1990 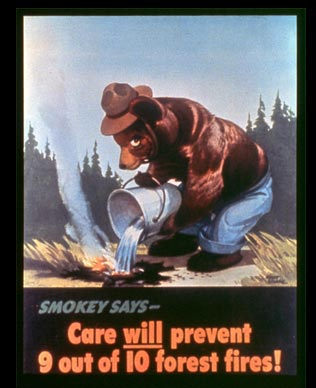 WAY BACK WHEN - 100 Years Ago Today - On August 27, 1918, the local paper ran the headline, "Fined for Leaving Campfire Burning." Smokey the Bear was not around yet, but the widespread forest fires of 1917 in Ojai and Carpinteria had made the Forest Service more cautious. The culprit left a campfire burning and was fined $50. It was the first conviction under the new rule requiring all fires to be extinguished when the campers leave. The paper warned, "The forest service and the county fire warden intend to prosecute all cases that come under their observation." (There's more about those fires in Way Back When: Santa Barbara in 1917.)

On Tuesday, December 11, I'll be presenting a slideshow about the 1917 fires in Ojai and Carpinteria and comparing them to the Thomas Fire. At the Ventura History Museum, 1 p.m.

WAY BACK WHEN - 100 Years Ago Today - On August 8, 1918, the local paper ran this headline: "Four Southern Men Swim in B.V.D.s." The swimmers from LA, "were charged with drinking on the beach and bathing in their B.V.D.s. According to police, the four men were intoxicated when arrested, and a quart bottle of whisky was found buried in the sand near where they staged their party … the four men were having a hilarious time at the foot of Santa Barbara Street, splashing about in the surf in costumes that no self-respecting censor would pass … The men were released on a bail … and departed for Los Angeles vowing never to return."

It's interesting that the brand name BVD is still used today as a synonym for men's unmentionables. The company Bradley, Voorhees & Day began back in 1876. One of their early slogans was, "Next to Myself I Like BVD Best." [This and other fun stories will be included in "Way Back When: Santa Barbara in 1918" due out this fall.]

That was a great read and wonderfully informative. 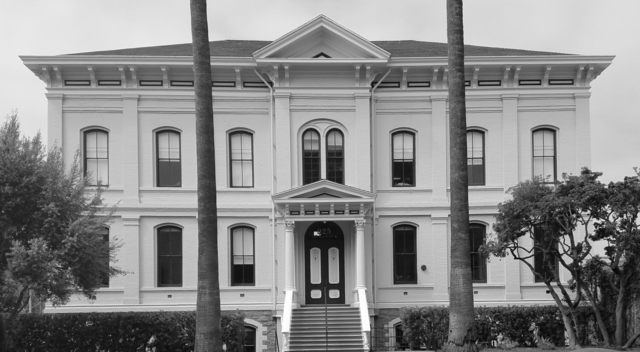 The building which had served as the school and orphanage since the 1870s is still on De la Vina, although it is missing its original top floor. The third floor was damaged in the 1925 earthquake (the orphans were no longer housed there), and the building became two stories. Image: Betsy J. Green)

WAY BACK WHEN - 100 Years Ago Today - On August 1, 1918, the children who resided in St. Vincent's Orphanage at 925 De la Vina Street got their chance for a picnic. According to the local paper, "The children of St. Vincent's had an enjoyable picnic yesterday on Leadbetter Hill. [Now the site of Santa Barbara City College.] This hill has been their picnic grounds for the last 40 years, when it was formerly known as the Dibblee estate. Mr. and Mrs. Dibblee used to look forward each year to the children's coming, and took great pleasure in assisting with the luncheons. Mr. Leadbetter has kept up the good old-time spirit … The morning was spent rambling over the spacious grounds, and dinner which was served at noon, was greatly enjoyed by all."